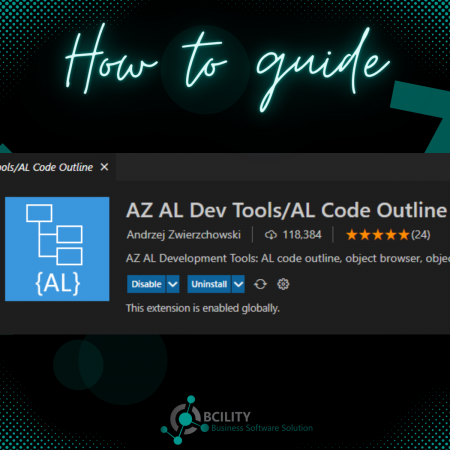 How to find Repeting AL Code in your solution

Duplicate code as the name suggests is a repetition of a line or a block of code in the same file or in the same project. People might consider code duplication acceptable but in reality, it poses greater problems to your software than you may have thought.

The main reason for the creation of the duplicate code is Copy and Paste Programming.

Some reasons why not to do it:

How to detect code duplication?

A while ago AZ AL Dev Tools has released a new command called “Find duplicate AL code”. It helps you a lot especially when you are working on refactoring your (or someone else) code.

To use it, open the command palette and type Find Duplicate AL Code.

Specify the minimum no. of statements to be considered as duplicate.

The command will search your current project and open a panel with list of duplicate code blocks and code locations.

When you click on one of locations, it opens the file and highlights the code in the editor.

How to remove duplicate code?

One of the solutions would be that, duplicate lines of code should be replaced with a single method, by encapsulation of the code. So the fix would be to extract the method and call from the places where it has been used.

Find us on social media!

Facebook-f Linkedin-in Envelope Instagram
Partner Portal
Partner Portal
We use cookies on our website to give you the most relevant experience by remembering your preferences and repeat visits. By clicking “Accept All”, you consent to the use of ALL the cookies. However, you may visit "Cookie Settings" to provide a controlled consent.
Cookie SettingsReject AllAccept All
Manage consent

This website uses cookies to improve your experience while you navigate through the website. Out of these, the cookies that are categorized as necessary are stored on your browser as they are essential for the working of basic functionalities of the website. We also use third-party cookies that help us analyze and understand how you use this website. These cookies will be stored in your browser only with your consent. You also have the option to opt-out of these cookies. But opting out of some of these cookies may affect your browsing experience.
Necessary Always Enabled
Necessary cookies are absolutely essential for the website to function properly. These cookies ensure basic functionalities and security features of the website, anonymously.
Functional
Functional cookies help to perform certain functionalities like sharing the content of the website on social media platforms, collect feedbacks, and other third-party features.
Performance
Performance cookies are used to understand and analyze the key performance indexes of the website which helps in delivering a better user experience for the visitors.
Analytics
Analytical cookies are used to understand how visitors interact with the website. These cookies help provide information on metrics the number of visitors, bounce rate, traffic source, etc.
Advertisement
Advertisement cookies are used to provide visitors with relevant ads and marketing campaigns. These cookies track visitors across websites and collect information to provide customized ads.
Others
Other uncategorized cookies are those that are being analyzed and have not been classified into a category as yet.
SAVE & ACCEPT